Pruning results in a healthier landscape

By ICHOAAdmin on August 15, 2020 in Announcements with Comments Off on Pruning results in a healthier landscape

Please note that some aggressive pruning of bushes/plants is required throughout the property, in an effort to encourage healthier regrowth and rejuvenation.

The following information is provided to explain the benefits of pruning our trees and plants.

WHAT IS PRUNING?
First, let’s define what pruning is and how it can help our trees and plants. When pruning, a gardener is controlling the plant’s growth and development into a specific pattern. Each shoot (or branch) on a woody plant ends in what is known as the terminal bud, below which other buds (or future branches) are positioned in specific patterns that are different depending on the type of plant.

The terminal (end) bud is where the branch is growing longer and is the lead bud on the shoot. This bud produces a chemical that slows the growth of the buds behind it on the shoot. If the terminal bud is removed by pruning, the supply of that chemical is slowed and the other buds (which will form what are called lateral shoots) quickly grow and branch out, resulting in a bushier look to the plant instead of a long spirally growth.

As a general rule, pruning always stimulates growth, but how severely you prune a plant depends on what you want to happen. If a plant has not been regularly pruned and has been left to grow in whatever pattern (see above photo), that plant may need what is called a severe cutting back which will result in lots of new shoots and fast re-growth.

Severe pruning (or cutting way back) will result in vigorous growth for a plant, while light pruning will allow slower growth.

WHY PRUNE?
There are people who believe that pruning goes against the natural growth pattern of the plant and has a potential to damage the plant, opening up a cut that allows disease to flourish.

In fact, there are times when it is absolutely necessary to prune to encourage healthier growth and to rejuvenate shrubs and plants. There are also aesthetic benefits to actively managing the development of a residential landscape to produce a balanced symmetry. Pruning can create a groomed and well cared for appearance for the property.

Appropriate planting is also a key factor. It is important to consider how large a plant will eventually become before introducing it to the landscaping. There are plants that require much more space than is available. In that case, no amount of pruning will solve this problem. Case in point – the oleanders that were planted between the sidewalk and the 1735-1737 Ignacio Blvd. garages. They are simply too large to occupy that limited space.

To recap, annual pruning has the following benefits:

WHEN TO PRUNE
In general, the best time to prune is during the dormant times for the plant. In most growing zones in the United States this is the period between late fall and early spring. Winter pruning stimulates growth, while summer pruning slows it down. However, the optimal time to prune can vary depending on the type of plant and local climate.

Flowering shrubs should be pruned immediately after the flowers die off in order to promote full and abundant flowering growth the following spring. For older plants with bare bases, it’s usually better to dig them up, discard them and start over.

CONCLUSION
We hope that this information is helpful for our owners and residents to understand why it is vital that we periodically prune the trees and plants in our landscape in order to maintain their health and appearance.

Reminder: In lieu of approaching our landscaping crew directly, the board requests that all comments/complaints on the weekly landscaping efforts be emailed to the board (contact@ignaciocreek.com), which will be addressed accordingly. Thank you for your consideration.

By ICHOAAdmin on July 9, 2018 in Announcements with Comments Off on Roofing Project Update

Roofing project is in progress. Below, after the initial application of the asphalt emulsion. 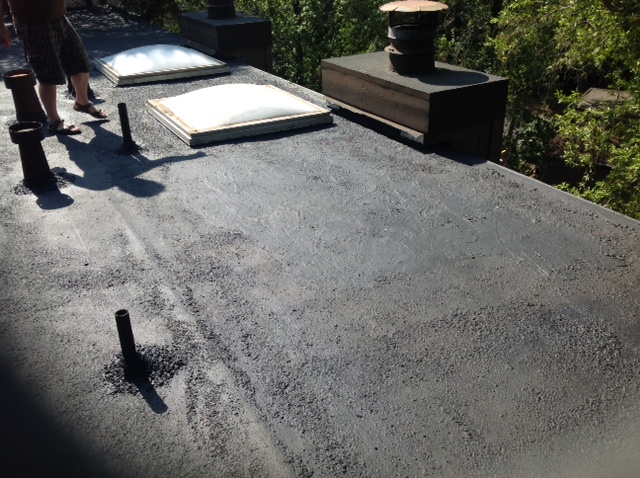 Below, the final completed product. 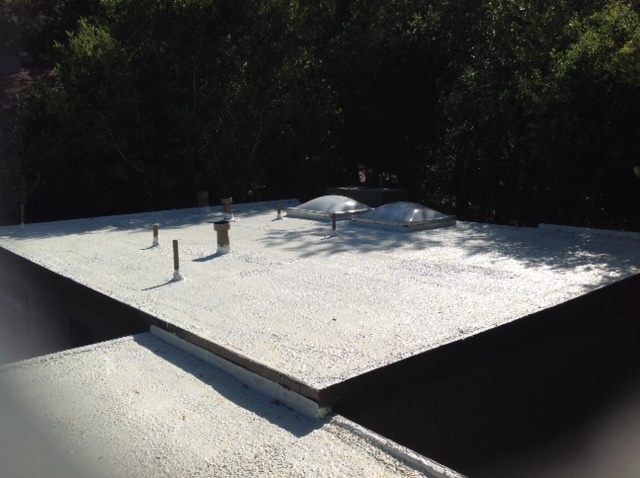 By ICHOAAdmin on April 7, 2018 in Announcements with Comments Off on Tree Work

By ICHOAAdmin on April 3, 2018 in Announcements with Comments Off on Flushing wipes

By ICHOAAdmin on December 13, 2017 in Announcements with Comments Off on Siding/Trim Repairs (Red Dots)

Please note that we recently inspected siding and trim as part of our annual building maintenance project. The red dots on the buildings were made by our contractor to indicate those components marked for removal/replacement.

This is not graffiti.

By ICHOAAdmin on August 31, 2015 in Announcements with Comments Off on Novato PD Presentation

On August 27, 2015, Off. Nick Conrad from the Novato Police Department offered a presentation to the community addressing theft prevention and home security issues.  Attached are the notes from his presentation and handouts he provided at the meeting.

By ICHOAAdmin on February 12, 2012 in Announcements with No Comments

Please note that under a recent change to California State Law (SB 563), the Board is not authorized to discuss or act upon non-emergency matters outside of regularly scheduled Board Meetings (which are usually held on the 4th Thursday of each month).

Communications to the Board submitted between meetings that do not constitute an emergency will be discussed at the next scheduled Board Meeting.  You are welcome to attend the meeting to discuss your issue – but you are not obligated to do so.

What this means – Owners are welcome to submit e-mails and correspondence to the Board at any time.  Routine maintenance issues (e.g., a broken sprinkler or a light out) will be handled without delay.  However, matters requiring expenditures over $1,000 or a decision by the Board (other than in an emergency) will be addressed at the next scheduled meeting.

By ICHOAAdmin on December 12, 2011 in Announcements with No Comments

In May 2010, an important new public safety measure was signed into law requiring all California homes to be equipped with carbon monoxide alarms. Note: CO alarms are required IN ADDITION to smoke alarms and are not intended to replace them. Carbon monoxide (CO) is known as the “Silent Killer” because it is an odorless, colorless and tasteless gas that can catch its victims completely unaware. CO is the leading cause of accidental poisoning deaths in the United States and accounts for up to 700 emergency room visits in California each year.  CO poisoning can cause severe and chronic brain, lung and heart injuries and can lead to death.

The only safe way to know if there is CO in your home is to arm your family with a working CO alarm.

Following is a summary of California’s new CO safety law.

Installation :
CO alarms must be installed outside each separate sleeping area in the immediate vicinity and on every level.